Tales from the Dump #4 - Summer's End

Thought I was gone, did you? Vanished? A ghost? A specter? A ghoul?! Wrong! I've just been working.

Going forward, monthly is probably a pretty comfortable pace for these devlogs and will ensure that I have something interesting to tell you. And boy do I ever! I've done lots of things, big and small, since the last update, so I will give a quick summary of everything. 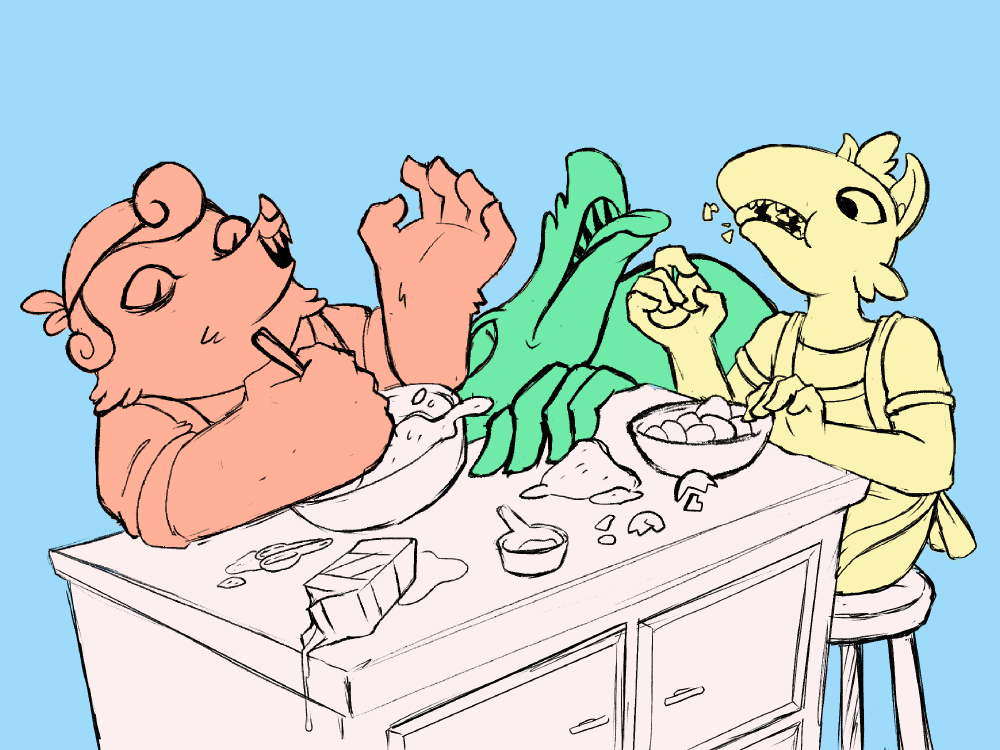 Who are these miscreants cooking up a storm with Worm? Also, Worm, sweetheart, you- you don't eat the eggshells. Oh dear.

Remembered the fabled "Enemy as Paddle" that I promised in the very first post? Well I made that, finally. Please allow me to introduce C.Y.B.E.R.S.L.U.G. 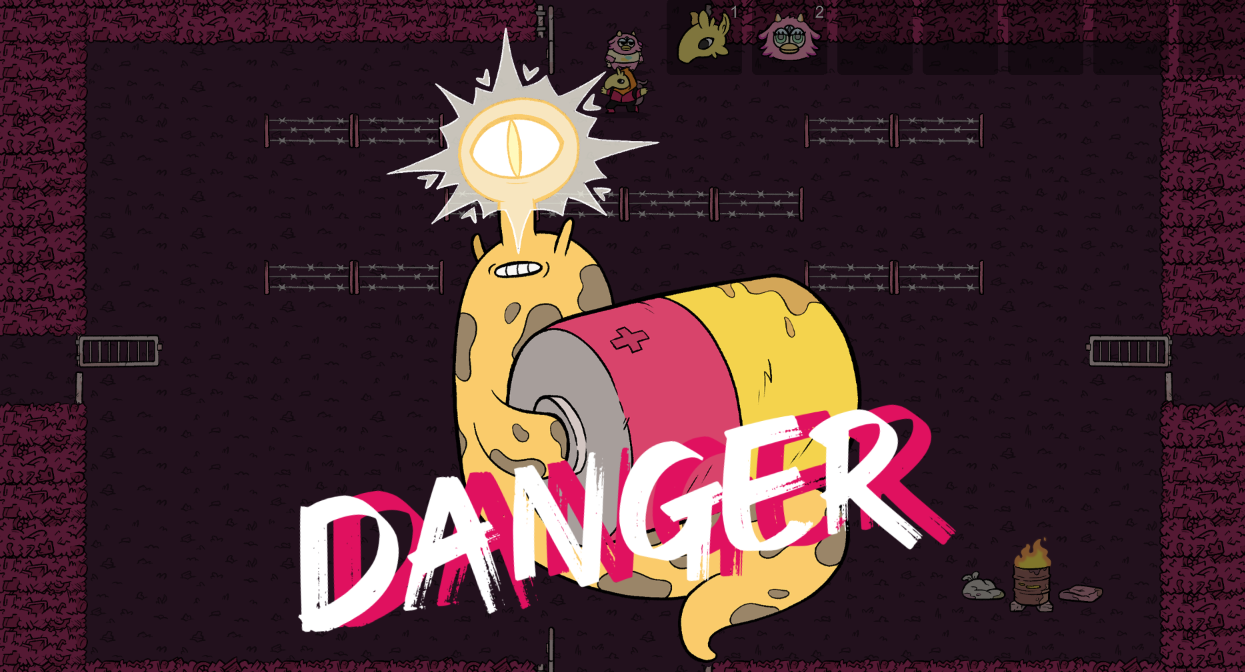 C.Y.B.E.R.S.L.U.G. - Vain creature that named itself. The name stands for Can You Believe Even Regular Slugs Look Unbelievably Good?

This conceited slug follows the players position in the room and shoots orbs of electricity at them! The orbs hurt both player and enemy alike, and also electrify any metal blocks they touch! The only way to defeat a C.Y.B.E.R.S.L.U.G. is to carefully guide their attacks so they bounce back and hurt them, or by guiding a Gly to their position, if one is available.

But what's that? Seems like Worm has a follower! That's right, it's time to party!

Your allies will follow you around in Garbageland and provide you with additional skills to use.  I started with Florbus, our ancient toy turned valiant knight. Here it comes!!

The actual snake effect took a while to work out properly, mostly because I needed the followers to modulate their follow speed based on how far away they were or they slingshot the player when they got too close, among... other problems...

Eventually though I got it working by scaling the follow speed linearly based on distance. This is extremely obvious in hindsight but didn't stop me from wasting a colossal amount of time figuring it out! Let's take a look at the final result shall we?

Ah, off on their first school field trip, how exciting!

While implementing C.Y.B.E.R.S.L.U.G. and followers took up a bulk of the past month, I also added a ton of other things I want to touch on briefly here. First, I added some sounds to the game, as well as a wobble to the barbed wire fence so it was clear that interacting with it had some adverse effect.

Along with followers there's also team skills! Most of the work was on the back end to allow players to select skills and swap between them on both controller and keyboard, but here's Florbus using its Spark ability to electrify a metal block!

Player using the Zap skill. Note how the control scheme changes from keyboard input (1-7 number keys) to cycling with the controller triggers followed by activation with a face button.

Anyway, this is already a lot, and I think I'll save some stuff for the next update! Hope y'all are continuing to find these interesting!

Ok, I'll leave you with this clip of me testing arc trajectories with Florbus as a temporary sprite.