This is (I hope) the first of many development updates as I work on my new game, Garbageland!  I've been sharing some of my progress with my friends, but I wanted a place to get a bit more nitty gritty  without clogging their feed with endless rambling about 2D arrays or whatever.

Please note that there will probably be lots of spoilers in these logs, but I will do my best to indicate exactly what kind  of spoilers will appear, so that you can decide for yourself if you want to keep reading. (i.e. story spoilers, mechanics spoilers, etc.)  So, without further ado, let's get y'all caught up on where we are so far. 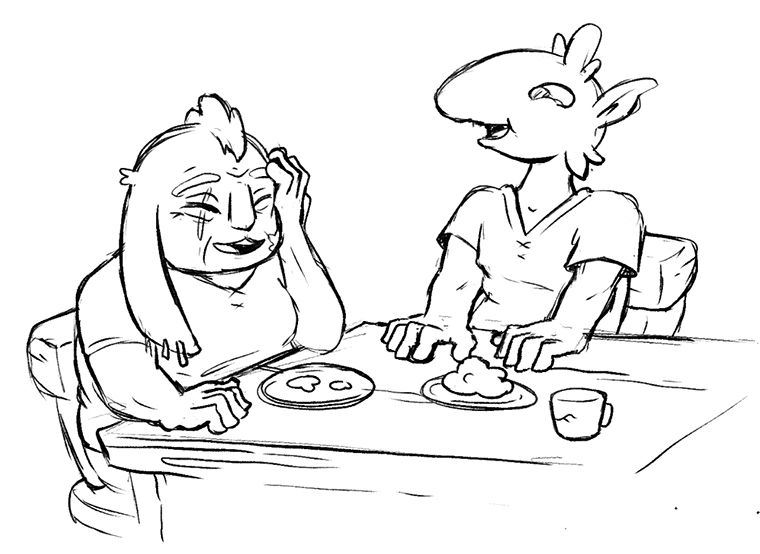 I had a very broad concept for the story in mind when I first came up with this idea, which I subsequently outlined. I'm now going in and fleshing out/adjusting this outline by writing most of the dialogue for the main quest/story. The plan is to fill in side characters and mini quests later. Overall,  I'm about halfway into Act 2, and I have also written some stuff surrounding the Final Battle in Act 3. We've introduced 5/7 playable characters so far, which you can see in the cover image for this post. They include;

The other two party members get revealed pretty late in Act 2, so you'll have to wait to learn more about them! 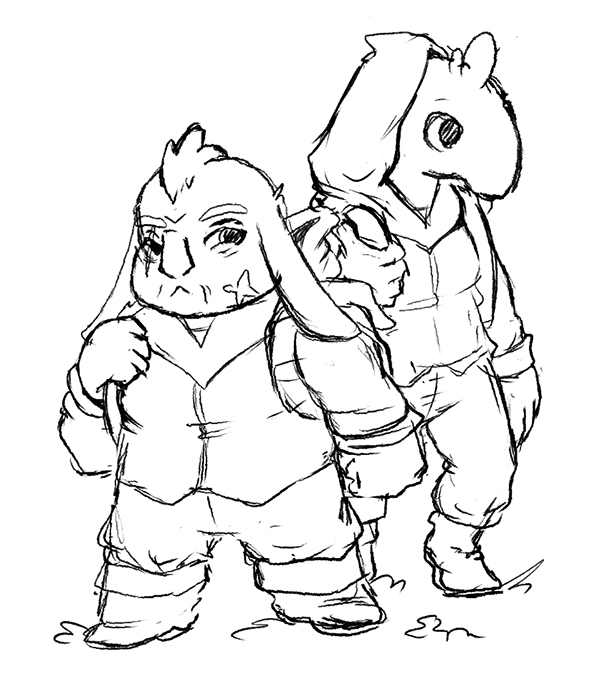 Gam and Worm out scavenging.

I'm building Garbageland in GameMaker Studio 2 for two reasons; it's great for making 2D games, and I'm familiar with it from my first game, Monster Pub. The gameplay is actually pretty straightforward; you avoid the enemy's attacks while they hurt themselves until they're defeated. Genereally, enemies in this game won't die, because it's cuter if they just hang out exhausted, and it makes it more impactful if eventually an enemy does die!

I am also implementing a grid-based inventory system. In the end, Worm is out in the wastes to scavenge valuable trash to sell back home. You'll start with a 3x3 bag and progressively upgrade it to store more items. I've already created the bag array and item database to populate, I just need to implement a save system that retains the contents of your bag when you quit.

All the assets in the downloadable concept stage are a good example of the style and tone I will be going for moving forward. For example, each Zone will likely have its own;

The destructible Blocks will probably remain fairly static across settings, with some exceptions. This is so that players can more easily recognize the types of Blocks they're seeing and respond accordingly. (i.e. crates are easy to break, metal objects take more hits, sparkling crates contain treasure, etc.)

That's all for now!

Whew, that was a lot already! I have plenty more to say but I think I will leave it at that, I've carried on for long enough! Feel free to let me know if you have any questions about the project so far, or if you'd like to learn more about anything discussed above!!